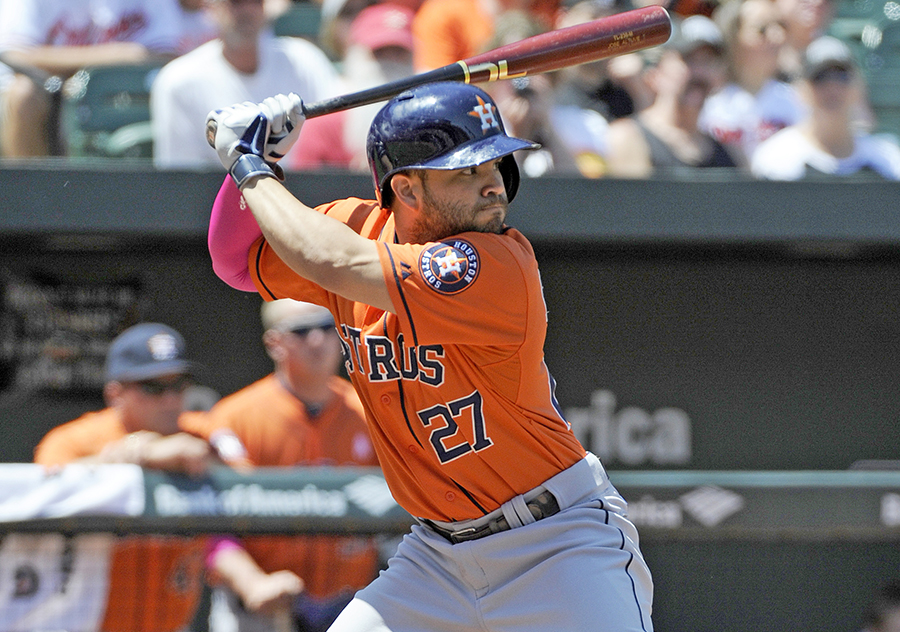 Albert Pujols, Miguel Cabrera, Ichiro Suzuki, Jose Altuve, and Mike Trout. Those are the top 5 active players in the MLB according to Baseball Reference's Black-Ink Test.

Altuve has a Black-Ink Test score of 29 due to him leading the AL in batting average three times, hits four times, stolen bases twice, and at-bats once.  It is impressive that Altuve is 4th among active leaders while only being 27 years old.

Altuve can easily break into the top-50 all-time in the test with a good year in 2018 and be among the all-time greats should he continue to dominate the American League like he has the past four seasons.